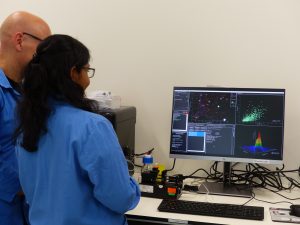 There was a time where scientists couldn’t understand why infections keep coming back in humans, even after being treated with antibiotics. Doctors were clueless as the patient would show no signs of any bacterial infections but after a certain time, they seem to resurface.

Scientists then discovered that these nasty bugs have found a niche for survival by hiding inside our cells (the basic unit that makes us!) They realised that the bacteria could form a reservoir inside our cells and once the body is no longer exposed to bacteria, they can be released out of the cells, therefore causing recurrent infections.

Now that we know that these bacteria can protect themselves from antibiotics by hiding inside our cells, we are faced with a bigger problem – we need to find a way to deliver the antibiotics inside the cells as they can’t get through our cells. This is where we have used nanoparticles (imagine small particles – 1/10 the thickness of your hair!) to piggyback our antibiotics (referred to as nanoantibiotics) and transport them across our cells. Once they reach inside the cells, they can then release the antibiotic, therefore allowing the antibiotic to kill the bacteria that once remained shielded. This will then prevent the issue of patients having recurrent infections since we have now attacked the bacteria reservoir!

Although now we know that we can use these tiny particles to better deliver the antibiotic, there are still many unknowns around this concept, such as understanding how the nanoparticles are transported inside the cells. How do the cells respond to the presence of nanoantibiotics? Does it change when they have bacteria inside of them? What about the changes a cell goes through when there is bacteria inside of them, such as increase in pH or sensitivity to certain stimulus? How can we use them to have a smart delivery system? These are all the questions that I currently am tackling to make it possible to have a nanoantibiotic that respond specifically to these hidden bacteria. 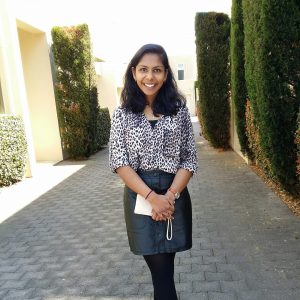 Science is rather a fascinating field, the more you think you know of something, the more you realise how much you don’t know. Hence, there will be something that needs to be continuously researched on. As such, the digger we deep into the realm of unknowns, the more impossibilities we will face. For example, in my research antibacterial resistance is a huge issue, where bacteria can build resistance against the drugs that were able to destroy them. As we develop smarter technologies, we never know how the bacteria will respond to it down the line as there are chances that they will find a way to defeat the smartest invention we can come up with! Hence, it may become impossible to treat these intelligent bacteria, but we hope we can stop them at some point – therefore research is so important!

During World War II, health practitioners were struggling to understand why so many soldiers were dying after a gun shot, and why their wounds were never recovered. They slowly started to understand that bacteria were causing many life-threatening infections that killed more soldiers than the actual gunshot. Thanks to the discoveries of antibiotics, they could rescue soldiers dying, in a similar manner to how many humans are rescued instead of dying from an infection post-surgery and even post-childbirth!

Research in this field has significantly improved the outcome of our lives today and saved us from many life-threatening infections. However the battle does not stop here, bacteria are smarter than you think and this is why it is always important to understand how the bacteria is finding a way to outsmart us and stop them in their tracks – so we can all live a better life.

Read more about nanoantibiotics and recurrent infections in stories written by Santhni Subramaniam.

Santhni Subramaniam is a researcher in the ARC Centre of Excellence in Convergent Bio-Nano Science & Technology headquartered at Monash University, Parkville.