How can Science offer us a path of hope for our post COVID lives and world? What tools can Science give us to help society recover, rebuild, and thrive in the future?

The Victorian Parliament partnered with the Royal Society of Victoria to host a live online community forum on Sunday 23 August 2020 as part of National Science Week exploring how science can help create the sort of future Victorians want.

Originally streamed on the Facebook pages of the Victorian Parliament and the Royal Society of Victoria a recording of the event can be viewed above.

More about the scientists featured in the Possible Impossibles forum 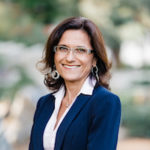 Professor Elizabeth Croft is the Dean of Engineering at Monash University.  Her research in industrial robotics and human-robot interaction advances the design of intelligent controllers and interaction methods that support human-robot collaboration. She has won national and international awards for her scholarship, advocacy for women in engineering, and educational contributions. She is a fellow of the American Society of Mechanical Engineers, Engineers Australia, Engineers Canada and the Canadian Academy of Engineering.

Watch a video interview with Professor Croft, recorded for National Science Week as a preview to the online forum, below: 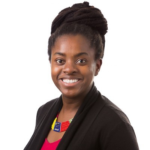 Dr Kudzai Kanhutu is an infectious diseases physician and deputy chief medical information officer at the Royal Melbourne Hospital (RMH). She is a past Superstar of STEM and recipient of the Victorian Department of Health excellence in culturally and linguistically diverse care award. Her current work portfolio includes patient care, research and project management with a particular focus on the role that digital technologies can play in addressing health inequity.

Watch a video interview with Dr Kanhutu, recorded for National Science Week as a preview to the online forum, below:

Associate Professor Julie Mondon is the Director for Environmental Science Marine Biology degree at Deakin University.  Her research emphasis is in marine and coastal ecology and environmental impact, with special interest in aquatic ecotoxicology, investigating the toxicological impact of contaminants on marine and estuarine organisms living in these exposed environments. This expertise has led to working in catchment, industrial and urban waste contaminant impacts across tropical, temperate and Antarctic ecosystems: pollution exposure and response in aquatic organisms at multiple levels including crustaceans, molluscs, fish and sharks to develop biomarker response tools to identify risks and harm at the organism, community and ecological levels.

Watch a video interview with Associate Professor Mondon, recorded for National Science Week as a preview to the online forum, below:

Dr Gail Iles is a Senior Lecturer in Space Physics at RMIT University and serves on the Board of Directors of the Space Industry Association of Australia. Dr Iles has 15 years’ experience of working at nuclear facilities and synchrotrons around the world to explore the properties of materials such as structure, magnetism and superconductivity – particularly from samples grown in Zero-G. Dr Iles was an astronaut instructor at the European Astronaut Centre in Germany and holds a medal for extensive time spent experimenting in zero gravity. In 2011, she was presented the WISE Champion Award by HRH Princess Anne, for inspiring children, particularly girls, to study STEM subjects.  Dr Iles conducts extensive outreach in schools and locations around Victoria and is the science correspondent on the Neil Mitchell radio show on 3AW.

Watch a video interview with Dr Iles, recorded for National Science Week as a preview to the online forum, below:

More about the Forum MC: 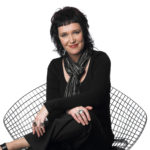 Natasha Mitchell is a multi-award winning ABC science journalist, presenter, producer and podcaster. She hosts the weekly science and culture show on ABC Radio National, Science Friction, awarded best science & medicine podcast at the 2019 Australian Podcast Awards. She was founding presenter of one of the ABC’s most popular radio programs, All in the Mind, for a decade, and host of the flagship daily program, Life Matters from 2012-2016. Natasha was vice president of the World Federation of Science Journalists and a recipient of the MIT Knight Fellowship. She has an engineering degree from Monash University and postgraduate diploma in science communication from the ANU. She regularly comperes at events and festivals around Australia, including four dialogues with the Dalai Lama and scientists.