Libraries across Victoria provide communities a place to learn, create, and belong. The Inspiring Victoria program recently extended its partnership network to establish a partnership between Public Libraries Victoria and Museums Victoria, creating new capacity for science outreach in regional and rural communities. The Regional Science Champions project aims to support areas with limited access to STEM education resources so that everyone can engage with the challenge of inquiry and the excitement of discovery. In the lead up to National Science Week in 2020, nine regional librarians became Science Champions in their local communities in Ballarat, Campaspe, East Gippsland, Indigo, Latrobe, and West Gippsland. Over six weeks, they were guided by Kate Barnard, Science Programs Manager at Scienceworks to channel their enthusiasm for STEM into developing engaging science programs for their library and community. Kate delivered weekly training sessions that covered various aspects of designing and delivering science programs, and also helped to workshop the champions ideas to become fully fledged interactive online workshops, activities, or talks covering all aspects of STEM. Nine librarians from six libraries (marked in red) across Victoria became the first Regional Science Champions. There are now an additional nineteen champions currently being trained across a further seven regions (marked in blue). We look forward to placing many more pins on this map! 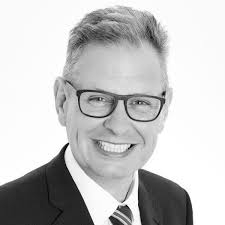 “It is so important that we encourage people to embrace science and technology,” says Chris Buckingham, President of the Public Libraries Victoria Board. “By working together and sharing our love of learning with people in our community, we inspire greater knowledge and understanding of how the world works.”

‘We wanted to invest in people and relationships…we have set up a community of practice’ says Kate. Through the program, the librarians formed relationships with organisations such as the Royal Society of Victoria and Scienceworks. Most importantly, however, the librarians were connected to each other, forming their own community forum to share ideas and experiences, especially given that their libraries had different structures and they have different skillsets.

‘Being able to network and be part of a group of contacts across various other regional Victorian libraries, to share ideas and resources, seeing what other libraries are doing has been great,’ says Carly Young, Regional Science Champion in Ballarat. ‘It has been a very supportive group of people and I’m glad we can continue to stay in touch’.

The COVID-19 pandemic meant that National Science Week events had to pivot online. Kate guided the Regional Science Champions through training sessions on designing successful science programs with an audience-centred approach, the technology behind delivering them online, and marketing. Each week, Kate also performed a simple demonstration of science in action with items from around the house to build the Champions’ confidence in performing their own home-science demonstrations and experiments.

‘You don’t have to be a scientist or have a science degree to teach and engage others in science,’ says Kate.

All that is needed enthusiasm and a willingness to learn. The weekly science demonstrations and focused training sessions equipped the librarians to develop their own National Science Week activities. Kate also met with each Regional Science Champion individually to brainstorm and workshop ideas. Many came into the program armed with ideas but needed support in turning them into reality. By National Science Week, they all had put together spectacular shows. 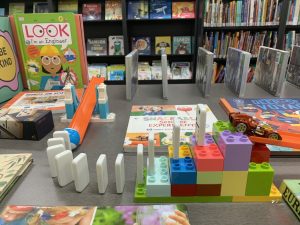 Taking inspiration from the Rube Goldberg Machine, Ballarat Libraries invited community members to participate in a giant chain reaction. Exploring kinetic energy, motion, and cause and effect, everyone was invited to create a 10 second video of a chain reaction to form one giant compilation.

Librarians in East Gippsland Shire released daily videos of experiments that use common household items. From holding a cup of water upside down without it spilling to blowing up balloons with carbon dioxide (created by mixing bicarb soda and vinegar), there were plenty of science experiments that everyone was encouraged to try at home.

The Indigo Shire community learned about bugs and insect pollination of wild plants. They invited Professor Saul Cunningham, Director of the Fenner School of Environment and Society at the Australian National University to talk about the importance of insects and answer the community members’ questions. Local author, Leigh Ritchie, discussed his book “What does a Cockatoo do” with librarian Natalie Stephenson at Kyabram Library.

Kyabram Library in Campaspe delivered a series of online videos to teach children about native animals. Children tuned into a reading of local author Leigh Ritchies’s book, “What does a Cockatoo do”, and then later in the week, an interview with Leigh Ritchie himself. Another video was presented in collaboration with Kyabram Fauna Park that featured koalas in their natural habitat.

Latrobe City Libraries investigated sound and vibrations. People were encouraged to be their own “music machines”, using their hands, feet, fingers, etc., learning how sound waves are created. They could play along with the librarian on a water glass xylophone as they learned how pitch is determined.

West Gippsland Library created a video diving into the world of matter and states. Using items from the kitchen, community members could follow along with the librarians to make slime and oobleck, a substance that is part solid, part liquid. People learned about non-Newtonian fluids that defy Newton’s laws by changing viscosity (like tomato sauce that becomes runnier when shaken, or honey that changes with temperature).

To further support regional communities, Kate Barnard worked with Scienceworks to create lending kits for libraries. Scienceworks has existing lending kits for schools that are aligned with the curriculum, but these new kits have been designed for people of all ages. The kits include sets of robots for coding practice, invertebrate specimens, and other tools to explore a whole range of science topics. The kits come with instructions to guide librarians through workshop ideas, but they are merely a starting point and it will be great to see how libraries put their own spin on them.

The Regional Science Champions from the pilot program are enthusiastic and full of energy to keep their scientific activities going in the years to come. National Science Week 2020 may be over, but already, more librarians from regional areas are signing up to receive training for next year’s festivities. This program therefore sews the seeds of ideas and connects “champions” to deliver science outreach activities in many regional communities. Through training librarians and providing resources for science activities, we hope to see a lasting legacy of engagement in science across Victoria all year round!