This continent is home to more than one million known species of plants and animals, with many endemic –found nowhere else in the world.

Victoria’s biodiversity provides the foundation for healthy ecosystems. Biodiversity is essential for the processes that support all life on Earth, including humans. There would be no clean air without forests, no agriculture without pollinators, no protection of coastlines without corals and mangroves, and we would be left without many of our medicines without plants. Nature is invaluable.

But it continues to decline due to amplifying threats. The State of the Environment 2018 report states that a third of Victoria’s native species and entire ecological communities are on the brink of collapse.

Since colonisation, there have been drastic changes to the Australian landscape. Over the past 200 years, species have been wiped off the planet because of various threats. Australia has lost 34 mammals, which is about the same number as the rest of the world combined. We have the worst rate of mammal extinction, but also have lost many birds, frogs, insects, and plants. At least 110 species have gone extinct – which is likely an underestimate. Australia has lost more species to extinction than any other continent.

And the rate of loss has not slowed. Last year, 1991 species were listed as at risk of extinction in Victoria alone. 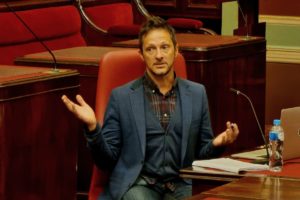 The continent’s initial wave of extinctions following colonisation surged due to hunting, rapid urban and agricultural expansion as well as the introduction of feral animals. Even now, ongoing threats continue to place our ecosystems under severe pressure and at risk of further decline or extinction.

Ongoing land clearing leads to habitat loss and fragmentation. Two thirds of Victoria is private land, and of this, 79% has been cleared of native vegetation. Victoria has the greatest native vegetation cleared proportional to land mass of any Australian states.

Changes to fire frequency and intensity also contributes to the direct loss of species and habitat destruction. The Black Summer fires dramatically increased the scale of immediate environmental risk with nearly 10 million hectares of the eastern states torched after years of prolonged drought. Indeed, climate change is considered as a threat multiplier – as temperatures continue to rise and we get more heatwaves, droughts and bushfires, threatened species will be in an even worse place than they are now. 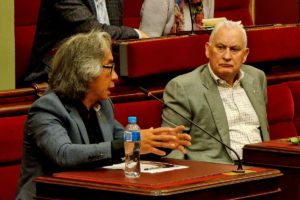 Alongside land clearing, invasive plant and animal species pose the greatest risk. Invasive weeds have spread across the continent, replacing endemic species and choking the land. There are now more non-native plant species in Australia than native ones, but it is native plants that best support native animals. Introduced mammals such as deer and rabbits compete with native animals for this dwindling food supply and destroy their habitat. Feral and domestic cats also decimate small native animal populations, killing about two billion native reptiles, birds and mammals a year.

We need to step up.

Is there any hope to halt the decline of threatened species? 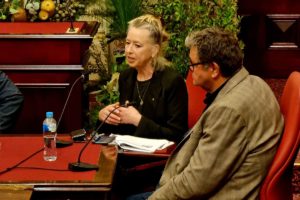 Sometimes it feels as though we are helpless in this fight against extinction. Climate change seems to be already set on its course. As Fern pointed out, it can be disheartening or paralysing when you feel as though the problem is too large to tackle. She therefore recommends that we take this into account in communication around the issue.

Messages need to give people a sense of agency and hope. Because every single Victorian can make a difference for nature.

You could be a volunteer for nature, actively taking care of it, or a citizen scientist who monitors its health. You could tell stories and be a champion for nature, informing and inspiring others to connect with nature. Simple things to do around your home includes planting native plants in your garden to provide a habitat and refuge for native species.

Keep your pet cat indoors and your dogs on a leash when visiting natural areas – we sometimes underestimate their threat to wildlife. The toll is quite high: there are 3.8 million pet cats in Australia and a roaming pet cat will kill 186 mammals, reptiles and birds per year. If you keep your cat indoors, it will not be out and about, terrorising wildlife – plus you get more cuddles. 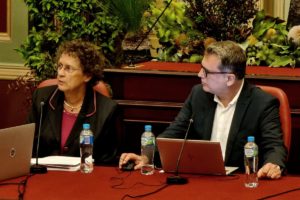 As well as the difference we can make as individuals, industry also has a role to play in protecting biodiversity – especially if we demand it of them. Bank Australia is a customer-owned bank: customers have a say on how the bank is run and the issues it acts on. To act on customers’ concerns around climate change and biodiversity, Bank Australia bought a patch of land in 2008. Since then, the Bank Australia Conservation Reserve has grown, covering 2117 hectares across a range of habitats, and providing a home for 225 native plant and 234 native animal species.

Judith acknowledges that banks have an indirect yet large impact on the environment: lending funds to support construction and purchasing of buildings and motor vehicles that then produce emissions. She is therefore dedicated to using the business of banking to create a healthier planet. Bank Australia is the only bank in the world with a conservation reserve and runs on 100% renewable electricity. Judith hopes that customers feel proud to share ownership in a project that is offering hundreds of native animals a place to call home.

Importantly, it is not only about taking action ourselves but also listening to the knowledge and practices of Traditional Land Custodians. The removal of First Peoples disrupted their care of the land, halting tens of thousands of years of sustainable land management. 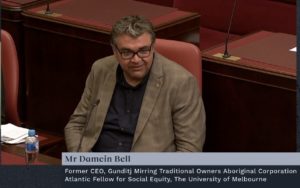 ‘This country has lost a lot of native flora & fauna,’ says Damein. ‘We need to start listening to Mob.’

Damein is a Gunditjmara man and advocates for Gunditjmara in native title, cultural heritage, cultural land management. The Gunditjmara have been Custodians of their Country in south-west Victoria for thousands of years.

In 2007, the Federal Court of Australia legally recognised the Gunditjamara as native title holders, giving back their rights to their traditional homelands and waters. Part of this Country is the Budj Bim Cultural Landscape, which holds one of the world’s most extensive and oldest aquaculture systems. The Budj Bim lava flows provide the basis for channels, weirs and dams developed by the Gunditjmara to trap, store and harvest kooyang (short-finned eel). The Budj Bim Cultural Landscape has been listed as one of the 20 UNESCO’s World Heritage sites across Australia, the only site listed for its Indigenous cultural values.

Traditional knowledge and the cultural expertise of First Nations peoples is critical to the health, vitality and future of our ecosystems, particularly in the face of extinction threats and climate change. Damein is excited that Traditional Owners are receiving support and a forum to share their knowledge, stories and history to ensure the ongoing protection of Country. 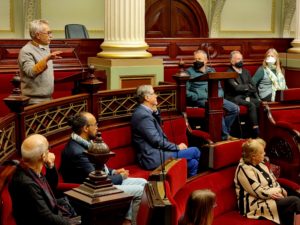 When faced with a problem as big as the survival of the natural world, how might we best align our efforts to gain the best outcomes from available resources? Opportunities for First Nations peoples to restore relationships with Country and look after land, initiatives within the private sector to invest in and protect the environment, and science-based interventions that can guide and resource local people in restoring ecological health all contribute. Government, industry, academia, communities, and every single one of us can play a part in supporting Victoria’s biodiversity.

The STEM and Society series of panel discussions highlights the game-changing work undertaken by Victorian scientists, researchers and other holders of specialised knowledge. In 2022, the series had a particular focus on biodiversity conservation and recovery, with Bill Bainbridge facilitating discussions with leaders in this area to share their perspectives on protecting Victoria’s biodiversity. Presented as a partnership between the Parliament of Victoria, the Royal Society of Victoria, and the Victorian Parliamentarians for STEM as a part of the Inspiring Victoria program, discussions were held in the chambers at Parliament House, where Victorian era grandeur added gravitas to conversations. Proceedings were broadcast to a live audience; the recording is provided below.