Fossil fuels are ancient history. Global transport is powered by hydrogen and one person just had a crack at teleportation; she succeeded on her third try, but nobody knows where she went…

Humankind’s greatest achievement so far has been the universal improvement in human health. The elderly, who are living well into the 100’s, are bouncing about like they’re teenagers. Everybody’s skin has a radiant glow, and the worlds’ eyes have never been sharper.

How is this possible?

Let’s return to the year 2020 to uncover how bioengineers are beginning to perfect the art of human ‘organs-on-a-chip’.

‘Organs-on-a-chip’ – otherwise known as organ-chips – are not hypothetical concepts of a sci-fi future (and they’re also not organs on french-fries). They are being developed right now in laboratories around the world. In a nutshell, organ-chips are designed to mimic the structure and function of real human organs on a tiny scale. Multiple organ-chips can also be linked together to observe the relationships and interactions between them.

Professor Alice Pébay – a neuroscientist and research fellow from the University of Melbourne – describes organ-chips as “very trendy work”. Academic journals describe them as:

“…a physiological organ biomimetic system built on a microfluidic chip.”1 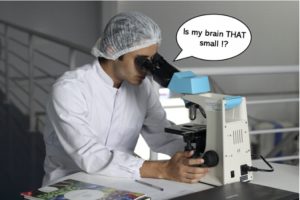 Image adapted from Pizabay on Pexels

A microfluidic chip is a small translucent device similar in appearance to a microscope slide: a flat, rectangular piece of glass used to look at tiny objects under a microscope. The difference between them lies in the microfluidic chip surface which contains very petite, hollow channels that are intricately arranged. These hollow channels are lined with living human cells sourced from primary human cells, stem cells or inducible pluripotent stem cells (iPSC’s) – somatic cells which can be grown into any kind of tissue of the human body. iPSC’s can also self-organise into ‘organoids’ which are three-dimensional, mini replicas of the early stages of an organ.

Hopefully I haven’t lost you yet. Bear with me…

These microfluidic chips lined with living cells are known as ‘organs-on-a-chip’ (or organ-chips). They are specially designed to mimic the complex structure and function of organs in the human body. Organ-chips also have the ability to replicate circulation, such as blood circulation through artificial vascular channels or oxygen through mock airways. They can also induce mechanical forces that imitate the physiological movements of different organs, such as the breathing motion in lungs. 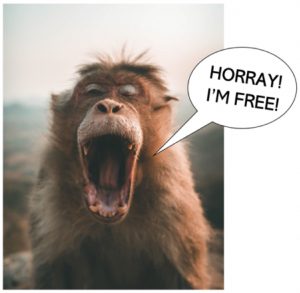 This is a major breakthrough for biomedical researchers who seek to understand human cell physiology in the presence and absence of disease, as well as how different cells of the body respond to drug therapies. Currently, researchers rely on clinical trials and animal testing to see how cells will respond to a range of diseases and drug treatments. Organ-chips have unlocked the possibility to investigate organ specific responses to disease and develop drug treatments that don’t require human clinical trials or animal testing. Could this mean no more malaria infected mice, or toxic human diseases inoculated into monkeys?

Another exciting prospect is the potential for individually tailored drug treatments. No two humans are genetically the same, which is one of the reasons why people respond differently to the same medications. Imagine the health benefits of personally tailored treatments designed exclusively for your gut microbiome, or skin care creams custom-made for the precise sensitivity of your skin.

Professor Alice Pébay has conducted research on human stem cells and organoids used to model conditions of the retina and brain. She doesn’t work directly with ‘organ-chips’ but sees their potential to expand personalised drug treatments in the future, particularly when combined with organoids.

So, what could this look like in the future? 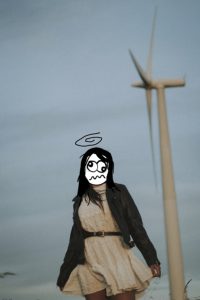 To delve into this a little deeper, imagine you are walking down a suburban street in the year 2500. On either side of you the street is lined with tall Eucalyptus trees and bright yellow wattles that are blossoming from an evergreen nature strip. You look up at the houses and see roofs draped with solar panels, and in the distance an enormous wind turbine spins round and around almost hypnotically…

Unfortunately, all that spinning made you dizzy, and you stumble face first into an oncoming hydrogen-fuelled hovercraft. You’re raced to the nearest hospital where doctors discover an array of things wrong with you…

To give you the best treatment possible the doctors remove and isolate some of your skin and hair cells. Using advanced inducible pluripotent stem cell technology, the cells are developed into organoids to represent the injured organs in your body. These organoids, which are half the size of a rice grain, are placed on microfluidic chips to create an individually tailored organ-on-a-chip. Multiple chips are mounted with different organoids and connected together to mimic the complexity of your body.

The most severe injury was to your left eye, which is completely covered in dirt. Your distinct retinal organoids on the organ-chip help doctors determine which medications will work best to flush out the debris from your eye.

But suddenly, the wise words of Professor Pébay resonates in one of the doctor’s ears;

“How would a drug that’s supposed to cure your eyes be affecting your liver?”

The doctors follow the organ-chip connections and find the location of your liver organoids. Unfortunately, the best medication for flushing out the eye has had a toxic effect on the liver. Doctors return to the retinal organoid and continue to test the effectiveness of different medications while ensuring your other organs haven’t been compromised.

After a couple of hours, you are ready to go home. They prescribe you different medications tailor made to your genetics, age, weight and other personal traits. They also give you some pills to enhance skin collagen levels and prevent cataracts. A couple of years later, you are feeling healthier and stronger than ever before despite being a few days away from your 120th birthday.

This scenario might be fictional in 2020, but the possibility for personalised drug treatments is quickly becoming reality. Organ-chips are helping open up this possibility while preventing the need to conduct clinical trials or experiment through animal testing. Maybe one day, organs-on-a-chip will replicate the complexity of the entire human body. Who knows what opportunities future humans will see?

Sophia Giarrusso is a Masters of Environmental Science student at the University of Melbourne. This story was written as part of a Science Communication internship project with the Royal Society of Victoria under the mentorship of Dr Renee Beale.