National Science Week is approaching, and Victorian libraries are bringing science out of the books on their shelves to life. With interactive workshops, activities, and talks covering all aspects of science, technology, engineering and mathematics (STEM), there will be opportunities to discover new areas of science, perform experiments, build and program robots or pianos made out of bananas, learn to code, and engage your creative side to make science-themed arts and crafts to take home.

Renowned astronomers Dr Rebecca Allen and Associate Professor Alan Duffy are offering an “Immersive Science” experience to regional communities with virtual reality (VR) technology. They will be visiting libraries, including Frankston, Sale, Stawell, Wangaratta, Bendigo, Swan Hill, Maryborough, Whittlesea, Mornington, and Daylesford, to share how they and other Australian scientists probe the Universe – whether they’re looking up galaxies and black holes or down to the microscopic world and nanostructures. Everyone will receive a VR headset with which they can explore the Universe themselves and there will be a chance to discover more through Q&A sessions with the speakers. 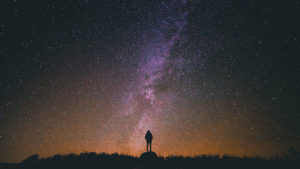 Explore the invisible microscopic universe around you and look at galaxies far beyond using Virtual Reality.

Not only will VR be used to explore scientific concepts and the world around us during Science Week, but many libraries will also host hands-on activities and science shows that integrate physics, chemistry, and science areas into fun, real-life scenarios. 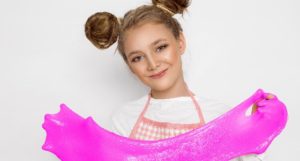 There will also be an opportunity for children and adults alike to try their hand at engineering and technology-based workshops. Bricks 4 Kidz are presenting workshops in multiple libraries around Victoria, using Lego products to provide a fun, hands-on learning and building experience focused on STEM concepts. Children are encouraged to use critical thinking, creativity, problem-solving skills, and teamwork, in designing and building robot models that they can then code to bring the robots to life. At Malvern (WeDo and Mindstorms) and Thomastown Libraries, children will build robots to produce solutions to challenge scenarios. Thomastown Library will have an especially warm welcome to girls with a special visit from Robogals, a student-run organisation that aims to inspire and empower young women to become the engineers of the future. Beaumaris Library will also teach computational thinking and computer programming by giving participants a chance to program Edison Robots and send them to battle in their Robot Wars. Knox Library will also have Ozobots to practice your coding skills with the whole family during their Family STEAM Evening. You can also learn to code at Mooroolbark Library using Scratch, a free programing language and online community, to create interactive stories, games, and animations that you can continue to develop at home. Musicians can also create instruments (e.g. a banana piano) by controlling a computer to play music using drawings, foil, fruit and vegetables in Weird Science with Makey Makey at Thomastown Library. Realm Library will deliver a 3D Print and Design Workshop, in which participants will receive an introduction to the basics of 3D printing, learn how to create models, and design their own to print and take home. Collectively, these programs will introduce children and adults to new scientific vocabulary and concepts as they apply engineering and physical science principles to their inventions and constructions, and use technology, creativity and analytical skills to create viable solutions to problems and bring inanimate objects to life. 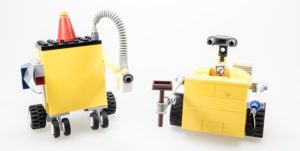 Build robots from scratch with Lego and program them to come to life! (Photo credit: Thomastown Library.)

With so much on offer, it’s impossible to be bored during National Science Week. There are many events involving science, technology, engineering, and mathematics that will enlighten, enthral and entertain – from astronomy to physics, and robots to food science. Whether you’re learning new science, or want to test out your scientific knowledge in a Brain Break (Deer Park/Red Cliff), find out what’s on offer at your local library, and get involved in the largest science festival in Australia!