Science is coming to screens and stages around Victoria for National Science Week. Both science and the performing arts are similar in their elements of uncertainty, interpretation, and the application of method. A successful outcome of either a science presentation or theatrical play and some films would be audiences leaving the (lecture) theatre with more questions than answers – it doesn’t get more scientific than that!

To celebrate the power of film to inspire the young, satisfy the curious, explain the baffling and ask the impossible, SCINEMA, the largest science film festival in the Southern Hemisphere, will hold screening events across the nation. With multiple categories and playlists of short films and documentaries selected out of 1,539 entries from 102 countries, there is something for everyone. There are films for science and/or film aficionados, films for primary or secondary school audiences, science-fiction films, and films about the body, environment, animals, numbers, and space. Join a pyjama party SCINEMA screening at the Discovery Science and Technology Centre Bendigo, watch films while munching on pizza at Springdale Neighbourhood Centre, or satiate your hungry for the unknown at Keilor Library, Swan Hill Library, or Ballarat Municipal Observatory and Museum. Find a National Science Week screening near you, or register to host your own in your school, library, local pub, or your own lounge room here.

Genepool Productions is also bringing science to the big screen for the Australian Premiere of Vitamania: The Sense and Nonsense of Vitamins. Every week a new health benefit is claimed of different vitamins and supplements, and the world spends billions of dollars on them. Emmy Award winning filmmaker, Sonya Pemberton, the Genepool Productions crew, and popular science communicator Dr Derek Muller have created a documentary to separate fact from fiction with regards to vitamins. Join them for a discussion of their behind the scenes journey and be one of the first people to watch this documentary. 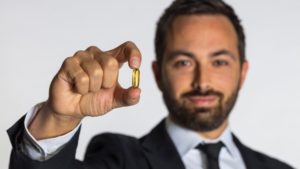 What’s in a pill? Watch “Vitamania: The Sense and Nonsense of Vitamins” to find out.

Popular “oldie but goodie” sci-films are also being coming back to theatres for Science Week. The Peter Doherty Institute and ARC Centre of Excellence in Convergent Bio-Nano Science and Technology are hosting a free screening of the 1966 sci-fi classic, Fantastic Voyage complete with popcorn. In the film, a miniaturised crew attempt to heal their injured colleague by travelling through his body, and a Q&A session following the movie will discuss whether advances in science and technology, particularly developments in nanotechnology, are bringing elements of movie closer to reality. There will also be the opportunity to explore the human body just like the characters in the film using virtual reality. In addition, IMAX is celebrating Science Week with Jurassic Park in 3D, featuring an introduction to the film delivered by Museums Victoria’s Senior Curator of Vertebrate Palaentology, Dr Erich M.G. Fitzgerald.

There is a chance for children to be on screen too in the hunt for Australia’s Next Top Weather Presenter. The Australian Meteorological and Oceanographic Society (AMOS) launched a national competition in which school students are invited to present a video on their local weather. With advice from weather presenters Nate Byrne (ABC News Breakfast) and Jane Bunn (Seven News Melbourne Weather), children can film and enter their own video, and we may see some of them on the news in the future. 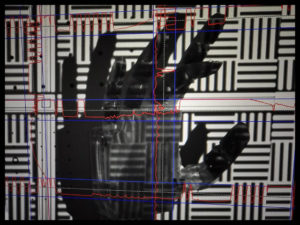 As humans and robotics co-evolve, where does the line between natural and artificial lie?

For those after a stage play, BioFab3D and PlayReactive are producing R.U.R. 2020, based on Karel Capek’s classic sci-fi thriller play, “Rossum’s Universal Robots”. Nearly a century has passed since Capek’s play was written, which imagined the creation and rebellion of a race of robots. Now, with robots and artificial intelligence developing rapidly and advances in healthcare (e.g. bionic devices), the line between natural and artificial is more blurred than it was when Capek first imagined a robot rebellion. In our current, modern-day context, R.U.R. 2020 addresses the creation of a robot race in a play performed inside a laboratory. 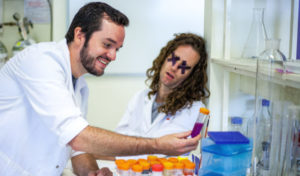 In a blend of comedy and education, neuroscientist and science communicator Dr David Farmer and eight-time Melbourne International Comedy Festival and two-time Edinburgh Fringe comedy veteran Jackson Voorhaar are performing Why You’re Not Dead Yet at the Loop Project Space Bar. In an infotainment/storytelling/comedy mash, the pair will discuss the subconscious functions of the brain stem – while you may not think about them, they’re the reason you’re not dead yet. There will also be laughter and mayhem at the Royal Society of Victoria for Science Nation’s Great Debate: Greatest Discovery Ever Made. Several of the top dogs in the scientific world will debate what the biggest breakthrough in their eyes: quantum mechanics, genome editing, or sliced bread.

Lastly, along the theme of story-telling on stage, is Humans 2.0, presented by the Victorian Coordinating Committee for National Science Week and the Royal Society of Victoria and supported by Phoria. Inspired by the 200th anniversary of the publication of Mary Shelley’s Frankenstein, Humans 2.0 invites audiences to imagine beyond Frankenstein’s monster to what it will mean to be human in the coming centuries. Hear from scientists across different fields about the  wearables, transplantables, cognitive enhancement, methods of communication, robot assistants, genetic engineering and nanotechnology that is to come. There will also be the chance to experience virtual reality, dance off with artificial intellegence, and augment yourself with the latest augmented reality technology, and check out artefacts and prototypes “from the future. Hear stories from experts and invent your own as you grab a drink at the psi-bar and ponder where the human race is headed.

Whether you’re after comedy and laughs, classic sci-fi films, a PJ party with a dash of science, or want to ask big questions, there are many opportunities to see science in a theatre – and you might learn something along the way.