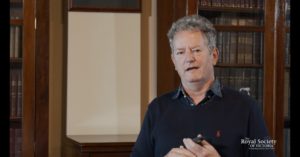 We spent long periods shrouded in smoke due to the 2019-2020 bushfires that burned upwards of 12 million hectares. In addition to the tragic loss of life and devastation to ecosystems and infrastructure, there were significant levels of smoke exposure across Australia. The lives lost as a direct result are likely to number in the hundreds.

Approximately 10 million people experienced elevated concentrations of fine particles on account of the recent fires. As smoke particles were carried across cities by wind, people were exposed to an air quality equivalent to smoking between 20 to 40 cigarettes. These ultrafine particles, less than 2.5 micrometres in diameter (a ninth of a grain of sand), are referred to as PM2.5 particles. These particles readily enter the lungs when breathed in, and if small enough, enter the bloodstream, risking irritation, infection and an increased chance of lung and heart disease. Exposure to fine particles for prolonged periods of time is known to increase levels of morbidity and mortality amongst vulnerable members of our population, such as those with pre-existing respiratory or cardiac conditions. Following the 2009 Black Saturday bushfires, the Victorian Bushfires Royal Commission recommended that 5% of public land should be burned annually to reduce the risk of catastrophic bushfires. While protective against large, uncontrollable bushfires, these prescribed burns produce smoke that can have a significant impact on health.

For this reason, the Victorian Department of Environment, Land, Water and Planning (DELWP) developed an air quality forecasting framework, AQFx, to provide information to DELWP and the State Control Centre for decision-making (to decide whether to proceed with planned burns or warn populations of incoming smoke plumes respectively).

AQFx uses a numerical air quality forecasting model to provide information in a multi-tiered system, each tier being increasingly more detailed but commensurate with an increasingly shorter time scale. Information taken into account for the models include: The first time AQFx was utilised for a stress response (rather than routine planned burns) was the 2016 Tasmanian fires that ignited in a dry lightning storm. Smoke travelled across northern Tasmania to Victoria and up along the eastern seaboard. BoM produced daily air pollution forecasts (with an emphasis on smoke) using AQFx, and the levels of smoke and PM2.5 concentrations predicted were indeed accurate. The model appeared to be more accurate for areas further away from the fire (e.g. predictions for regions over 100 km away, and for Melbourne and Sydney). Wind forecasts provided by BoM allowed AQFx to accurately predict how the smoke would blow across mainland Australia, however smoke close to the fires themselves meander and behave in a less predictable manner.

For effective planning, emergency management requires data, smoke and fire intelligence, visualisation tools, and good communication. Satellite data, such as those provide by geostationary satellite Himawari 8, provide valuable information to track bushfire hot-spots and the evolution of fires to predict their smoke emissions. An impression of Himawari 8. Source: BoM

Dr Cope and colleagues have trained an artificial intelligence algorithm to determine sources of smoke and their distribution patterns by distinguishing clouds from smoke in Himawari 8 data. (Note that while our local satellite provides a resolution in the 10’s of centimetres, Himawari 8 is a Japanese-owned satellite with a resolution of 1 km that images every 10 minutes, providing better spatial-temporal resolution.)

To supplement available observations, Dr Cope’s team developed low-cost SMOG units, which are the size of lunchboxes and readily made. SMOG units measure smoke levels by determining the obscurity of light and transmitting information collected back to a central location. The team has even worked with primary school students to build SMOG detectors, encouraging them to take their detectors home, analyse their own data and share these with the AQFx as an impactful citizen science initiative. Because they are so easy to make, they can be scattered across the country to provide near-real time smoke intelligence for all regions.

The forecasting of pending smoke impacts provides advanced warning for populations and input to visibility advisories for general aviation and the Australian Defence Force. This summer, it was put to the test extensively, highlighting how important it is for us to see the smoke coming.