In the 2100s, the world is saturated with science and technology. Artificial intelligence can be found everywhere. Plants are the only natural scenery remaining.

At Christmas, a little boy looked at a pot of mimosa next to his pillow and missed his parents. Almost a whole year ago his parents left home to work in other cities. While other families were happily dining together, singing songs, and enjoying the most important festival of the year, this little boy named Dale was alone. His only companion, the mimosa plant that his parents had sent him as an early Christmas present. Although acquainted for mere days, Dale had already determined that the mimosa was a sensitive and clever plant. At the first sign of physical threat it rapidly closed its leaves, and moved to take full advantage of the sunlight. Dale’s eagerness to watch the plant’s leaf closing trick had led him to discover another of the plant’s secrets. The plant seemed to remember Dale’s touch, and after repeated contact, the mimosa no longer felt it necessary to close its leaves. But on this Christmas night, under Dale’s tearful gaze, the leaves of the mimosa closed.

The night was dark, and a vine grew slowly along the concrete wall of the apartment block, seemingly the only living thing around. Does it know about the slowly spreading danger within?

Dale has long since grown up, but he is still alone. Perhaps it was the pressure of this urban jungle, or 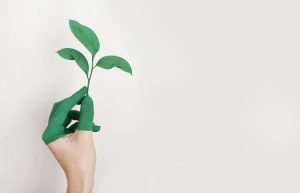 his troubled childhood, but Dale is in a dark place. He takes orders from desperate and ruthless buyers to harvest organs. Now, the city is paralysed by fear. People are panicking, but the police are powerless. Dale is very good at what he does, and is very careful never to leave any evidence – or witnesses.

Although there is no longer a mimosa in his room, the wall itself is covered with creepers, vying to grow toward the sun, full of life. Dr Kim, a freelance botanist specializing in green interiors, designed this creeper wall for him. The foliage can detect room temperature and humidity, and adjust it, acting as climate control. Constantly adjusting their growing rate, the creepers never outgrow the space. The pressure that the plant cell walls exert on each other imparts a proximity signal, allowing them to grow in harmony. It is Dale’s favorite space.

On a job, Dale met a girl, Nina. The girl was attracted to Dale’s enigmatic temperament, melancholy and deep. Upon Nina’s first visit to Dale’s apartment, she was struck by the plant wall. The intertwined vines, entangled with each other, growing, spreading, cover the entire wall. Strangely beautiful, but somehow off kilter with the dim colors of the rest of the home.

Eventually, Dale began to open up to Nina. Nina leaned against the wall and listened to Dale’s stories. She learned that he has always been alone. But he has a special affection for plants, like the pot of mimosa he loved so much as a child. He says, plants can always listen quietly, they are never noisy, and they never disappoint, unlike humans. The creeper wall brings a measure of vitality to his otherwise listless life.

As they started to become comfortable with each other, Dale revealed more and more about his tricks to avoid the police. For example, he wore shoes of different sizes on his jobs; he waited patiently for opportunities to sneak into a target’s flat when the security cameras would not detect him; disguising his victim’s deaths as suicide… The police have been unable to arrest him, despite their suspicions, because of the lack of evidence.

During their conversation, Nina’s expression changed from curiosity to shock before she regained her composure. Dale was amazed at her calmness, vigilance flashed in his eyes. Suddenly wary, Dale dismissed the girl. Still immersed in the story, Nina left quietly.

The next day, the police arrested Dale. In prison, he cursed himself for revealing his secrets to Nina, and he cursed her for ratting him out.

The day before Dale was executed, Dr Kim came to visit with a potted plant. Revealing her role in Dale’s arrest, Dr Kim explained that a research institute with which she collaborates has developed a new technology to harness the plant’s natural environmental awareness. This technology was kickstarted in 2020 by a group of scientists at MIT who discovered that two-way sensing would be possible by connecting plants with electronic devices and training 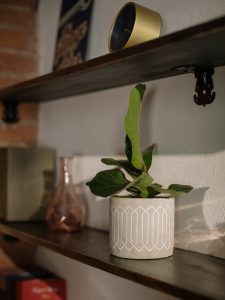 artificial intelligence systems to decode the signals. Physical (mechanical) or chemical (such as via hormones) changes within plants lead to the generation of electrical signals allowing the plant to register the initial perception and record the information. Now we can really listen to plants and sense what they sense, allowing us to use them as surveillance devices.

The police had long suspected Dale, but had been unable to build a case against him, until Dale enquired about installing the vine wall. Using the vine’s own ability to sense sound waves, Dr Kim and her team were able to decode Dale’s conversation with Nina, and hand the transcript over to police. The vine wall, soothing and inconspicuous, was the ultimate monitoring weapon for recording the boy’s crimes.

As Dr Kim spoke, Dale’s mind flickered back to the mimosa he had trained as a child. Why had he made the mistake of assuming, as most humans did, that plants are mere passive creatures when he had plenty of lived experience to the contrary?  He regretted his conversation with Nina, placing the blame on her, but mostly he regretted underestimating the abilities of plants. Dale clutched Dr Kim’s potted plant gift in the hope that it would accompany a lonely soul like him into his next life.

The character of Dr Kim in this fictional story is loosely based on Dr Kim Johnson (Senior Research Fellow in Animal Plant & Soil Sciences at La Trobe University), and whom the author thanks for her expert advice when researching this story.

Yuxuan Sha is a Master of Urban Horticulture student at the University of Melbourne. This story was written as part of a Science Communication internship project with the Royal Society of Victoria under the mentorship of Dr Renee Beale.