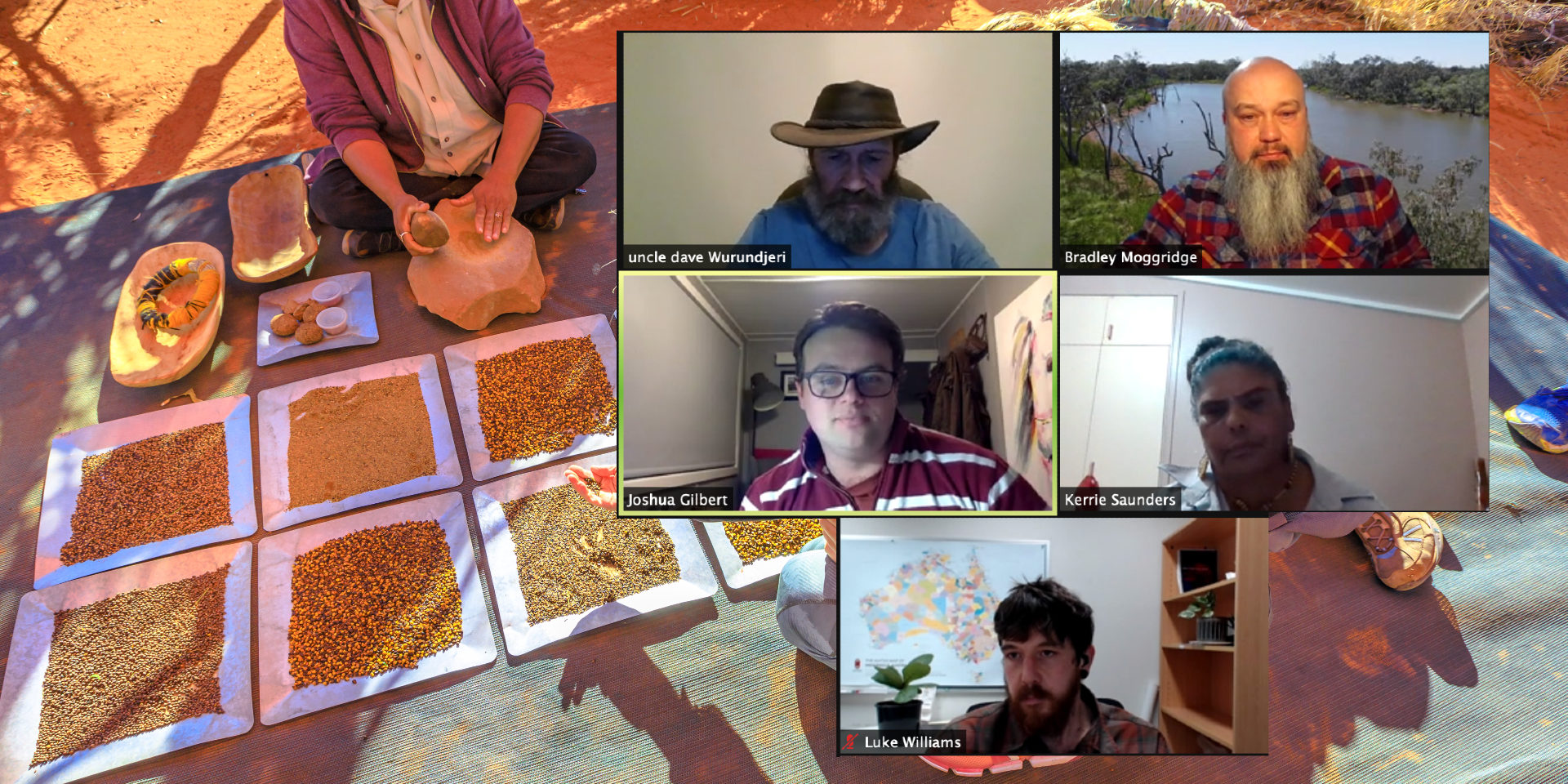 We have a responsibility to care for land
With bush foods growing and backburns planned
First Nations People know Country best
We should listen to them because it now is stressed
A sustainable way forward is to eat bush food
Plants that happily grow at this latitude
They are tasty and wholesome, quite a good treat
Working together, climate change we can beat

In a Welcome to Country, Uncle Dave Wandin introduced us to Bunjil the Creator’s First Law of Country: that our mothers look after and nurture us early in life, and that we should take care of them later in life as they grow older and weary. Not only does this apply to our biological mothers, but also the spirit of mother. Here, that is Naarm. The spirit of Naarm is older than humans and it is getting tired.

‘The only way we’ll heal Country is by walking together,’ he says. 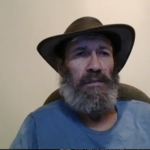 Uncle Dave is a Wurundjeri Fire Elder, using fire on the landscape to sustain and maintain Country. He has brought cultural burning back to Coranderrk Station near Healesville, after the Wurundjeri people were forced off the land for nearly a century. Following much neglect, the property was covered in weeds, and native seeds had struggled to germinate because of introduced pasture grasses for cattle. Uncle Dave used a series of carefully controlled burns to promote the growth of native seeds and clear away the pervasive weeds. It took eight weeks to clear the 800m driveway alone, but now the land is bouncing back.

Trees are growing at their own pace and are being helped by the Indigenous students Uncle Dave teaches. Birdsong now fills the air, and wombats, wallabies, echidnas, and other animals have returned. Native plants require little work and fewer resources compared to introduced crop species, making them more sustainable as a food source in agriculture. In addition to teaching students to care for Country, Coranderrk will also be producing food over the next two years. Landowners should be learning from cultural knowledge holders so that Victoria’s native plants and wildlife are conserved for future generations – just like they are on these 200 acres.

To get more bush foods on the market, however, they first need to be approved by the national food regulatory body. Food Standards Australia and New Zealand (FSANZ) currently does not recognise thousands of years of Indigenous knowledge and song lines as evidence of safe consumption. Luke Williams, a proud Gumbaynggirr descendant, is working with FSANZ alongside Aboriginal businesses and organisations to change this. He studies the bioactivity (effect in our bodies) and toxicity of bush foods and is helping  to develop new regulatory frameworks to assess the dietary safety of traditional foods that better consider the unique history, knowledge and culture held by First Nations people.

‘These foods might be new for the Western ways, but it’s old Knowledge for the Mob,’ commented Associate Professor Bradley Moggridge. Kamillaroi/Gomeroi woman Auntie Kerrie Saunders showcases bush tucker found around Moree in northern NSW. What started out as a hobby for both gardening and bushwalking became a business conducting bush tucker tours (Yinarr-ma). Auntie Kerrie takes people on walks, pointing out medicinal and food plants, and prepares meals for guests with them. One of her favourite foods to serve is bush pizza; with a ganalay seed flour base and a topping of galan galaan (native spinach) and buuy buuy (river mint) ricotta.

While the tiny ganalay seed grains work well in damper and pizza, Aunty Kerrie has found it more challenging to produce bread with them. Similarly, weeping grass is a native rice grain that is too small to be commercially viable. However, Uncle Dave pointed out that the first-known leavened bread was made by the Ancient Egyptians who worked with grains just as small – it was over time that they became larger and more productive. Furthermore, these native seeds were larger 200 years ago, when they were still being looked after by Traditional Custodians of the land prior to the interruption of European invasion. Uncle Dave and Aunty Kerry hope that with careful agricultural husbandry, native seeds will hit the market. (After all, quinoa is tiny but has been branded as a superfood!) But when they do, it is important that Traditional Knowledge holders are properly acknowledged. Farmer, academic and Worimi man, Joshua Gilbert, warns that they currently only receive 1-2% of revenue from the commercial bush food space. He believes that despite being the first farmers in the world, Indigenous knowledge and wisdom of our agricultural landscape is often ignored. There are 6,500 types of native foods, but there are many barriers to First Nations people commercialising them. Joshua is therefore an advocate for boosting their representation in the agricultural sector. The good news is that 40% of the land mass has been returned to Traditional Custodians, and now with a formalised commercialisation and export strategy for native foods, the opportunities for Indigenous producers are endless. The Australian population is continuing to grow, demanding more food and resources, but climate change is already taking a toll on the agricultural industry. We need to listen to traditional knowledge and revitalise cultural ways of taking care of the land if we are to maintain another 65,000+ years of sustainable agriculture.