The boundary between the probable and improbable blurs when National Science Week Victoria 2020 unleashes Possible Impossibles from August 15-23 – an online series of events and activities exploring the frontiers of possibility, and asking ‘What’s next for the human species?’.

Humans are a species of creative thinkers, problem solvers and ambitious dreamers. Together we have achieved the seemingly impossible, from curing diseases, extending the average lifespan, inventing air flight, harnessing the power of the Earth’s resources to connect people all over the world, to sending people into space. What does the future hold? Will we resurrect extinct species, figure out the hard problem of consciousness, and thrive on lab grown meat? Are time travel, invisibility, telepathy and suspended animation ultimately possible? Will climate change, ageing, waste, and food insecurity be oh-so 21st century?

From dedicated science lovers to the slightly curious, Possible Impossibles has something to spark up the synapses of all with a swag of hands-on activities and events. In Tasting Tomorrow, adventurers can sign for a taster box packed with fake meat, insect flour, seaweed snacks, samples of farm-to-plate disease-free animals or bioengineered crops. Coordinated by Agricultural and Environmental Sciences, Nutrition and Physics at La Trobe University, Tasting Tomorrow will explore what foods people might eat in the future, how they will be produced, and showcases both the technologically enhanced and downright bizarre. 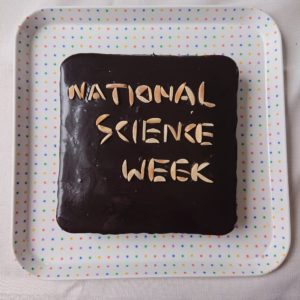 A coconut cocoa mudcake devoid of wheat flour, eggs, dairy, and sugar – it is possible!

For those wanting to do the cooking themselves, the Possible Impossibles Bake Off! throws down the gauntlet to create a Science Week morning tea treat without one of the major ingredients: wheat, flour, eggs, dairy or sugar. As our climate and environment continues to change, it is inevitable that for most of us, our diets will need to change to reflect food availability and affordability. These staple items may not be so common as crops and livestock feel the effects of climate change, diseases, and locust swarms. Can you make an eggless pavlova, a cheese-less cheesecake or a deliciously light sponge minus wheat flour? Host a virtual morning tea with friends and colleagues to share the fruits of the bake off, and post on social media with #PIbake and tag @RoyalSocietyVic for a chance to win one of four $50 e-gift vouchers.

In the Fake Out: Citizen Science Challenge, people can test their knack for telling real from fake. Can we believe what we see? Did Obama really say that (he probably did but not on video)? Deep fakes are getting better and better, and humans remain the best judges of the truth, despite the efforts of AI.

From the comfort of their living room, punters can join Jon Seltin, Head Brewer from Brick Lane Brewery for Brewing Futures as he winds the clock forward on beer brewing. How will climate change and advances in sensory science affect beer production? How might our beer tastes change in the future? Armed with their Brewing Futures tasting kit which will be posted prior to the event, attendees will embark on a behind the scenes brewing tour to discover emerging brewing technologies and trends while sampling some great brews and important brewing raw ingredients. 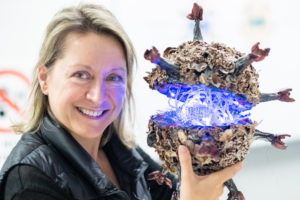 All people in Australia should have the opportunity to take part in scientific activities in a creative and hands-on manner, including people with disabilities. The Making For All kit will delight budding makers, custom-designed to engage participants who have sensory disabilities, significant motor or cognitive disabilities in the fun of science. The Sensory Scientific Exhibition created by artists Dr Erica Tandori and Stuart Favilla plunge us into a virus’s world. Imagine if we could see, touch, and hear viruses without the use of specialised scientific equipment? Activities are designed to be easily accessible, with instructions for people with low vision. Build your own HIV virus model with couscous and chicken wire, and listen to sounds inspired by the activity of viruses.

Read about the Possible Impossible Tales and contemplate the discoveries and technologies that might just become possible through future scientific advancement rather than remain the purview of science fiction. We asked a selection of scientists and other STEM experts what impossible challenge they are working to solve, and what’s next for their field in a Q&A series. Will we have robots with empathy in our homes? Can we have sensors that notify us when we’ve had enough UV for the day? Can we 3D print clothes on Mars? Find out what the experts have to say.

Join the wild speculation and educated guess making for National Science Week Victoria’s Possible Impossibles from August 15-23, where the boundary between the possible and impossible blurs.